Our Ukrainian to English translators offer certified document translations of official documents for use in the UK, Ireland, USA and Canada. 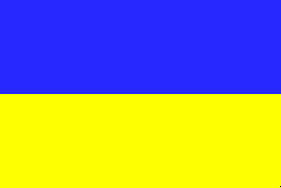 LinguaVox is a technical translation agency with two decades of experience providing document translations from Ukrainian to English and English to Ukrainian.

Our large translator database allows us to provide our clients with fast, accurate, and reliable translations in more than 150 languages, and thousands of language combinations, including Ukrainian as a source or target language.

We also offer all our clients a triple quality guarantee, which includes two international quality certifications (ISO 9001 and the industry-specific ISO 17100), and a series of internal quality checks performed by our senior project managers.

At LinguaVox we take pride in delivering outstanding language services, free of ambiguity, errors, and omissions. Please contact us for a free, no obligation quote. 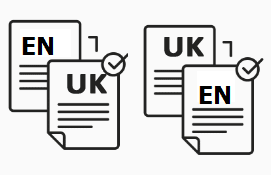 We specialise in technical document translation between Ukrainian and English. Whether you need to translate a contract from English into Ukrainian, or require the translation of a Ukrainian patent into English, LinguaVox translation company works with qualified and specialist professionals, who are ready to help.

All our translators work only into their mother tongue (Ukrainian, British English, Canadian English, US English, etc.), and possess extensive technical knowledge in one or more subject areas. In addition to this, all of our linguists have experience as Ukrainian translators, plus a university-level degree.

We also offer the following services:

Ukrainian is a Slavic language spoken by over 40 million people. It is the official language in Ukraine, and has recognised status in neighbouring countries, such as Moldova, Poland, and Romania.

Within Ukraine, Ukrainian is spoken alongside Russian in various regions, including Kyiv, and is the predominant language in the Southern and Eastern regions of the country.

We work with professional, specialised translators who are native speakers of Ukrainian.

LinguaVox’s linguists are recruited as per ISO 17100 requirements. They must have one of the following:

LinguaVox UK translation company´s professional linguists are located in English-speaking countries around the world. They provide specialist document translations and certified translations from Ukrainian and over 150 other languages into English.

Free Quote
We provide translation services in over 150 languages

Our translation agency provides online language services and professional translation services into and from most world languages.

FREE QUOTE
Professional Translation Services or Agencies in the UK