Since its inception in 2000, LinguaVox S.L. has placed high importance on Swedish translation services. In fact, Swedish was one of the first languages that our agency offered, along with English, Spanish, and French. Nowadays, LinguaVox has two offices (one in Europe and one in the United States) from which our team of language professionals manages the ever-increasing demand for Swedish translation solutions. Swedish is one of the languages our project managers speak in-house.

We can speak Swedish in-house.

Swedish is a Germanic language spoken by approximately 10 million people, mostly in Sweden and in Finland (where it is an official language). There are pockets of Swedish speakers in countries like the United Kingdom (30,000), Spain (40,000), and the United States (70,000). 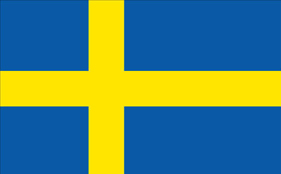 Both Sweden and Finland are leading countries in many industrial fields. Sweden in particular has enjoyed one of the world’s highest standards of living for decades, and in 2010, the Swedish economy was ranked as the second most competitive economy in the world. Sweden’s economy relies heavily on exports and foreign trade. The industrial sectors that generate the highest revenues are machinery, pulp and wood, motor vehicles, chemicals, and pharmaceuticals. Some of the most successful Swedish brands are globally renowned, as it is the case of IKEA, Volvo, Sony Ericsson, Scania, Securitas, and Electrolux.

Our certified and award-winning agency offers the most comprehensive range of Swedish language services, including:[custom_list style=”list-1″]