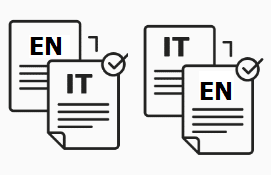 Are you looking for a professional Italian translation agency or an Italian language service provider offering translations between Italian and another language?

We currently offer certified document translations into 150 languages and well over 1,000 language combinations, so we can help you translate not only from Italian to English or English to Italian, but also any translation needs involving Italian, German, Spanish, French, Danish, Hebrew, Chinese, Arabic, Portuguese, Romanian, Russian, and many others.

LinguaVox a certified translation agency that has been awarded both ISO 9001 and ISO 17100 certifications. These certifications serve as a guarantee to our clients, who can rest assured that our quality management system and recruitment process leads to a flawless translation. As well as these certifications, we have implemented additional internal quality checks before delivery, to make sure that the translations are perfect. These elements constitute our triple quality guarantee and applies to all our Italian translation services.

Our professional Italian translators provide multimedia, website, patent, medical, legal, technical, and certified translations from English and many other languages.

Please request a quote below for a high-quality Italian translation from LinguaVox translation company. 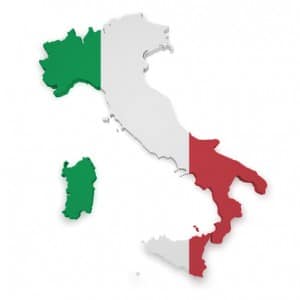 Italian is spoken by 13 per cent of the European population, approximately 65 million people. When the total number of Italian speakers around the world is added up, that figure increases to 85 million. Italian is the official language of Italy, San Marino, the Vatican City, parts of Switzerland, and is spoken in parts of Slovenia and Croatia. It is also one of the European Union’s 23 official languages. Due to historical and political reasons, Italian is also used in administrative, educational, and commercial settings in Libya and Eritrea. There are also millions of Italian speakers in the Americas, mainly in Brazil (1,5 million), Argentina (1,5 million), and the United States (1 million).

Historically, Italian cities were considered “city-states,” which has contributed to the wide regional variation that exists between Italian dialects. There are at least 13 major Italian dialects, some of which are considered by linguists as languages in their own right (Neapolitan, Sicilian, Venetian, Sardinian, etc.). In turn, each of these variants has multiple subdialects.

Do not hesitate to contact us for a free, no obligation quote for your Italian translation needs.

Our Italian translations are qualified, experienced and specialised linguists, who can translate into various technical fields, such as law, medicine, technology, IT, finance, etc.

All of our ISO 17100 compliant projects include a revision by a second, independent linguist who is specialised in the specific technical field of the project.

Do not hesitate to contact us for a quote for Italian translation services.