LinguaVox is a certified translation agency that complies with international quality standards, including ISO 9001 and industry-specific ISO 17100. Since 2000, we offer a full range of Bulgarian translation services, including:

Bulgarian is one of the European Union’s 23 official languages. This Slavic language is the official language of the Eastern European nation of Bulgaria, encroached between Greece and Romania. Bulgarian is spoken by over 9 million people, including speakers who belong to immigrant communities in Spain, Greece, Ukraine, the United Kingdom, Germany, and the United States. 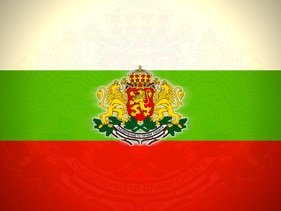 In recent years, the low prices of Bulgarian property have attracted a significant number of foreign investors into the country, particularly in the towns near the Black Sea coast. This has caused an increase in the demand for Bulgarian translation services, since under the Bulgarian Constitution, foreign citizens cannot own land unless it is purchased through a local intermediary.

Bulgaria has been a member of the European Union since 2007. Since the country’s entry into the Union, many Bulgarians have emigrated to other European countries, and some have settled abroad. It is estimated that the Bulgarian-speaking community in the United Kingdom is made up of as many as 80,000 people, who are mainly based in North London, Southampton, and Birmingham. Therefore, Bulgarian speakers living in the UK often require Bulgarian-English translation services, mostly in the form of certified translations of personal and official documents, and interpreting services.