Are you looking for a certified Catalan Translation Agency? LinguaVox provides a wide range of top-quality Catalan translation services, including the following:

Along with Spanish, Catalan is a co-official language in three Spanish autonomous communities: Catalonia, Valencia, and the Balearic archipelago. In addition, Catalan is the only official language in the Principality of Andorra. All in all, it is estimated that there are almost 12 million native Catalan speakers, which include those in the Italian island of Sardinia and in Southern France. It must also be noted that various governmental bodies are making efforts to guarantee the presence of Catalan at European institutions, and to include Catalan as one of the European Union’s official languages. 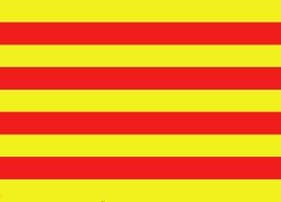 Catalan is regulated by two academic bodies: the Institute of Catalan Studies, based in Barcelona, and the Valencian Academy of Catalan Language, which is funded by the Valencian Government. The existence of these institutions reflects the fact that there is significant linguistic variation between the different Catalan dialects, especially in terms of pronunciation. Although Valencian Catalan is intelligible to other Catalan speakers, it is always preferable that you employ a native Valencian translator if you must have a document translated that is to be exclusively used in the Valencian Community.