If your company requires professional English-Burmese translation services, LinguaVox should be your first port of call. We are certified global translation agency with offices in Europe and the United States, offering translation services in more than 150 languages, including Burmese. At LinguaVox we insist that our Burmese translators only work into their target language, therefore guaranteeing that our clients will receive translated documents that will read as if they had been originally written in Burmese. We work with an extensive network of in-country translators, so we can help with your translation needs in the major Burmese cities and in other countries too.

All our Burmese translation services are covered by a unique tripe quality guarantee. Firstly, our ISO 9001 certification guarantees that we follow the most stringent quality management procedures in all our translation projects. Secondly, you can rest assured that we comply with industry-specific requirements, as we have been awarded the ISO 17100 certification. Lastly, all our Burmese translations are subject to rigorous internal quality checks carried out by our team of expert project managers. 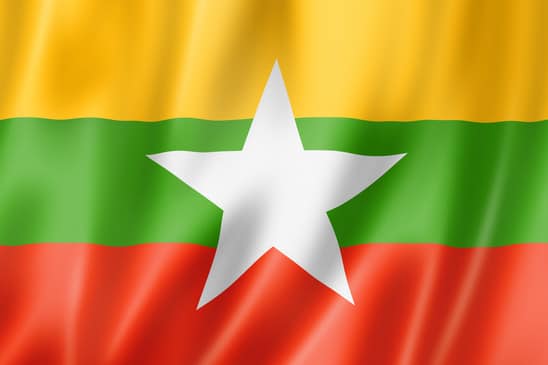 Burmese is the native language of over 32 million people. Ten million more speak Burmese as a second language. This Sino-Tibetan language is spoken in Burma (formerly Myanmmar), but also in Thailand, Malaysia, and Singapore, due to the large number of Burmese refugees living in these countries.

The Burmese alphabet consists of 45 characters, 33 of which are consonants, and 12 are vowels. Burmese is written leaving no spaces between words, and like Thai, it is based on a complex set of rules that allow the reader to distinguish where a syllable begins and where it ends. Like other South East Asian languages, Burmese is a tonal language.

There are two main Burmese dialects: Upper Burmese, spoken in the Mandalay region, and Lower Burmese, spoken in the capital city Yangon. In addition, there are numerous regional variations across the country. However, what characterises Burmese language is the phenomenon of diglossia, whereby there is a sharp differentiation between the literary or formal and the colloquial forms of the language. Diglossia applies to both written and spoken forms of Burmese, and it is of particular relevance to Burmese translators, since there are various particles, lexical sets, and pronouns that are used to signify different levels of politeness. For further information about the Burmese language, have a look at this online Burmese Phrasebook.