LinguaVox is an online ISO 9001 & ISO 17100 certified translation agency specialised in Bengali to English and English to Bengali translation services.  Our language offer includes document translation services in more than 150 languages, and thousands of language combinations. That means that we can help you with English to Bengali and Bengali to English translations, but also with French-Bengali, German-Bengali, Italian-Bengali, Portuguese-Bengali, and other language combinations with Bengali as a source or a target language. Our professional Bengali translators provide multimedia, website, patent, medical, legal, technical, and certified translations.

Bengali is spoken by approximately 300 million individuals, which makes it the sixth most spoken language in the world. Bengali is spoken by 98 per cent of the population in Bangladesh, and is one of India’s 23 official languages (in fact, it is India’s second language in terms of number of speakers, after Hindi). There are also Bengali-speaking communities in other South-East Asian countries, like Malaysia and Singapore. Outside Asia, there are sizeable Bengali communities in the United Kingdom (mainly in East London), the United States (New York), the Gulf, and Australia. 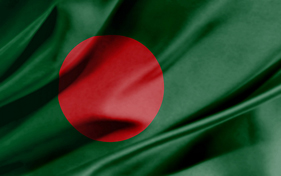 There are four main Bengali dialects, namely Rhada, Varendra, Kamrupa, and Bangla, which show marked differences between them in terms of grammar and vocabulary. Moreover, the dialectal variations spoken in some cities in Northern Bangladesh (like Chittagong and Sylhet) are almost unintelligible to other Bengali speakers.

There have been attempts to standardise Bengali spelling since 1936, but reforms have been met with mixed success. To this day, there seems to be no consensus as to the orthography of this Indo-European language, and the majority of official publications and newspapers have their own writing style. For this reason, it is essential that Bengali translators are fully acquainted with the dialectal variation of the target population and with the various writing conventions that may be in place.

LinguaVox is an established Bengali translation agency with offices in Europe and the United States. We provide top quality technical translation services from Bengali to English and from English to Bengali. Our translators are qualified and experienced native speakers of the target language, and have a solid technical background in their areas of specialisation. LinguaVox has been awarded certificates of compliance with international quality standards ISO 9001 and ISO 17100.

Our Bengali language services include: