LinguaVox is an online ISO 9001 & ISO 17100 certified translation agency specialised in Arabic to English and English to Arabic translation services.

We are proud to offer top quality English to Arabic and Arabic to English translation services in the following areas:

Arabic is one the world’s major languages. The earliest written forms of Arabic date from the 8th century B.C., and were found in what today is Saudi Arabia. With the passage of time, the language evolved and changed, reflecting the history and traditions of the different countries that adopted Arabic as their official language. Nowadays, Arabic is spoken by over 340 million people in 26 nations, including Algeria, Bahrain, Chad, Comoros, Djibouti, Egypt, Eritrea, Iraq, Israel, Jordan, Kuwait, Lebanon, Libya, Mauritania, Morocco, Oman, Palestine, Qatar, Saudi Arabia, Somalia, Sudan, Syria, Tunisia, United Arab Emirates, and Yemen. Moreover, there are important Arabic-speaking communities in Spain, France, the United Kingdom, Australia, and the United States. 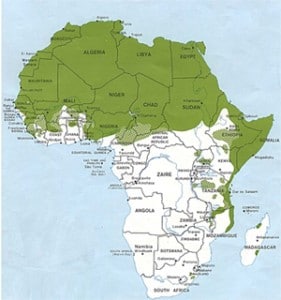 It is only natural that the geographical and cultural diversity encountered throughout the vast Arab region is reflected in the Arabic language. While Modern Standard Arabic is understood by all native Arabic speakers, there are some variants of the Arabic language that are close to unintelligible to other Arabic speakers, especially the Moroccan, Algerian, Tunisian, and Sudanese variants. There are five major dialect groups and as many as ten minor dialects. In turn, each one of the major dialects presents numerous regional variations.

The cultural and linguistic diversity to which Arabic is subject has a profound impact on the selection of translators. To ensure that we provide impeccable translations into Arabic, we work with an extensive database of professional in-country Arabic translators. This means that if you require a service in Kuwait, the translator in charge of the translation project will be based in Kuwait, and will of course be fully acquainted with the local dialect, the customs, and the linguistic etiquette of the target population.

You can confidently entrust your Arabic translation project to us. LinguaVox, an Arabic translation agency, is certified to ISO 9001 and ISO 17100 standards, as well as a corporate member of the American Translators Association (ATA), among many others.